Nothing is better at getting me to clean the entire house than a big canvas needing an underpainting.

I was invited to exhibit my work in a café in Davis Sq for the month of November.  The owner asked for “less dogs and more people, landscapes, or abstract paintings…”  Well, that’s fine, I thought.  I do have some other sketches that I wanted to work on – there’s an urban landscape that I’ve been meaning to do for years, so now I’ll do it.  I have a close-up of water that I’d like to do as an abstract (as the literal definition of “nonrepresentational: not aiming to depict an object but composed with the focus on internal structure and form.”  It encouraged me to push my boundaries out a little bit.

But I just stopped painting.  I mean, I understand taking a month off after the rush to finish work for Open Studios in May, but it went on and on and on and on.  The problem was that with the prospect of dog faces removed, I just wasn’t inspired, anymore.

Then a friend on facebook posted an image that sparked it.  A little urchin making faces with a smartphone.  What came up on my news feed was not a little girl, but an imp, a gnomish garden being with a sense of whimsical devilry.  As I develop the lines and shading around the eyes, I think the mischief will become more apparent… 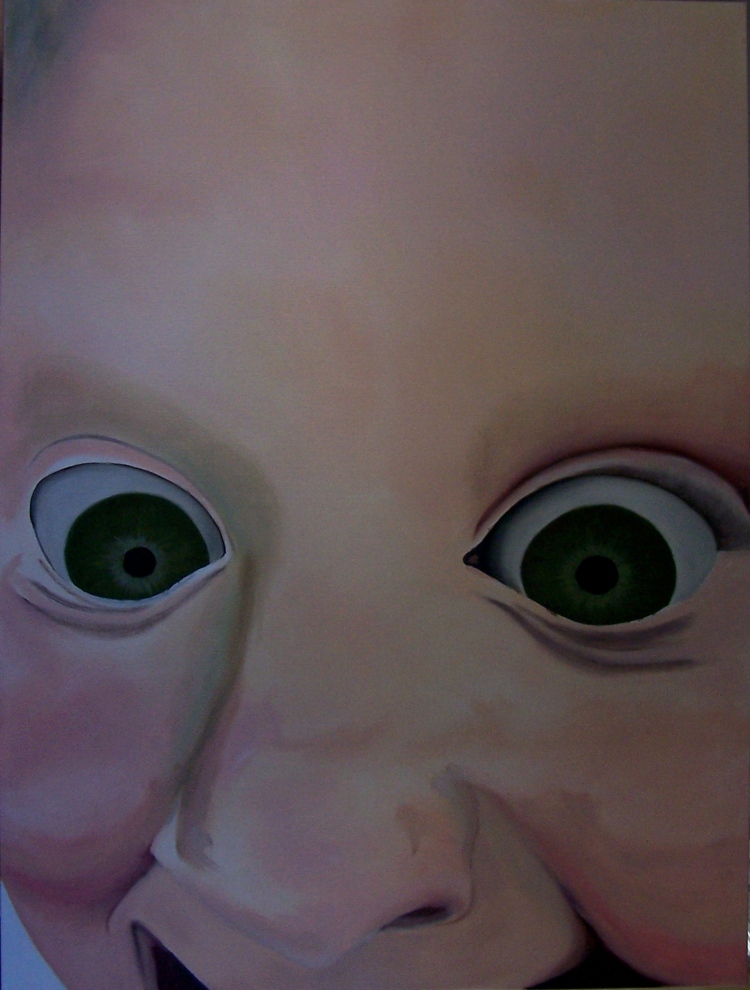